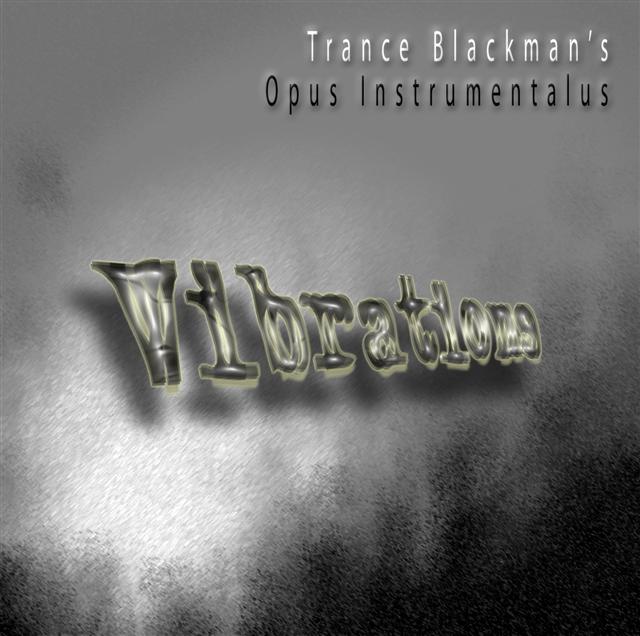 Vibrations is a collection of electronic based music. The styles blend elements of dance, pop-crossover, house, ambient, and are mostly instrumental works. The mood ranges greatly as well, as the album - if listened to front to back - has a cinematic feel and flow.

Opus Instrumentalis: Vibrations brings to us an eclectic combination of what I would call somewhat dancey yet pretty chilled electronic music. These are not proper dance tracks. They just have some dance elements. Enchanted for example is more a pop song than anything. The choice of drum sound though is pretty strange for a pop song but adds to the overall quality of this sorta mish mash style album. Genuine Article brings to us some Big Beat goodness while Flawless sounds like a slow moving retro house track. Trance Sends makes good the name of the artist. Blackman sends us trancey music but with a bit too much variation to be suitable for the dance floor. That makes it all the more better for listening!

It has been commented that the listening to the album is like a listening to an audio film from front to back. Indeed Opus Instrumentalis: Vibrations shows clearly the Blackmanâs affinity for and influence from films with use of a ton of orchestral string pads and of course the way the songs and tracks are arranged.

Itâs just a terrific album to go through. Some tracks you may find to be cliche but the style, atmosphere and high production of the album makes the album worth listening to more than
once.

Favourite tracks:
Juggler
This slow, moody track with its catchy bassline is all goodness. It, like all the other darker sounding songs, balances the happiness and uplifting mood of the rest of the album nicely.

Traveler
A chillout track! I like the synths here. They are very nice and fit really well together.

Enchanted
Iâm a sucker for catchy piano tunes. The addition of a strange but pretty cool drum loop with atmospheric pads does it for me. It makes my day all that much better. Listen to this track and your day may just be better. The joys of simple pop stuff.

[http://gratisvibes.com/post/his-name-is-trance-blackman/]
Reviewer: Gaz D - favoritefavoritefavoritefavoritefavorite - May 22, 2006
Subject: Another quality production from Blackman
Since I'm a games programmer I'm reviewing this album from the POV of its inclusion in a game. This is one well made soundtrack, lots of good background themes that are perfectly suited to games.

1) Rising up
Deep powerful into music, suits the album (I all around the world... and I am free!). Would be the ideal title theme for a game about an AI taking over the world - Wintermute, Ghost in the Shell, Deus Ex, etc.

3) Flawless
Has vocals, nice melody... Pop track from the late 90s perhaps? :-D Can't think of any game use, apart from if you happen to be walking past a radio.

4) Trance Sends
Reasonably fast, uplifting, has panpipes. Ideal for a 2D platformer or a racing game, or as the happy scoreboard/post game music.

5) Determined
Dark and electronic. The kind of track you'd expect to hear while exploring an alien base, or kitting out your mech warrior before you go on a killing spree.

6) Juggler
Slow, eery and generic. The kind of spooky sound you'd hear after sneaking in through an open window, or flying through an unknown star system in a space game.

9) Blue Sky and Rain
Good generic/puzzle music. If track 8 was background music for a beginners level in a puzzle game this would be medium.

10) Walking
Good in-game happy action/puzzle music. generic, but would go nicely with the previous two tracks in a puzzle game... though for some reason I imagine crash bandicoot jogging down a tunnel at a leisurely pace (ie without a large boulder following closely behind)

Uploaded by Trance Blackman on January 13, 2005